Following one of the festival’s most successful weekends to date, The Isle of Wight Festival has announced that next year’s event will take place 13-16 June 2019.

Early bird tickets for the 2019 festival go on sale 9.00am TOMORROW (Friday) from www.isleofwightfestival.com. 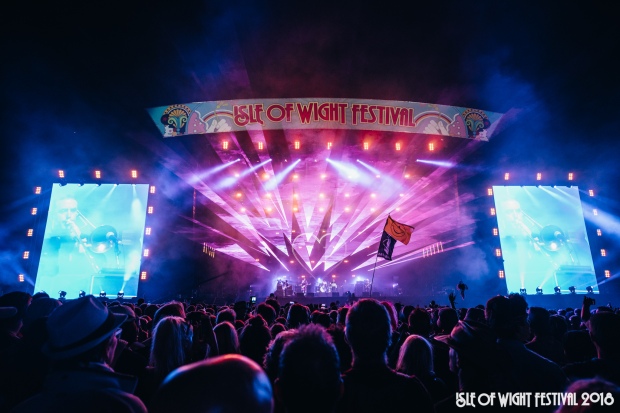 This year’s sun-drenched festival, which took place last weekend, marked the 50th anniversary since the event first took place on the island, with 50,000 enthusiastic festival-goers getting into the party spirit over the four days by donning gold clothing and accessories in celebration of the Golden Jubilee.

The sold-out weekend saw nearly 300 artists and bands perform across eight stages, including incredible Main Stage headline performances from Kasabian, Liam Gallagher, Depeche Mode and The Killers and stand out performances in the Big Top from the likes of The Wombats, Feeder, Sigrid, Travis and the Hacienda Classical. Huge crowds gathered in the BT Sport Field of Dreams to celebrate England’s World Cup victory against Panama on the Sunday afternoon, and the weekend also saw 130 festival goers, plus Sky Arts’ Vick Hope and Absolute Radio’s Pete Donaldson, take part in charity bungee jumps in aid of the festival’s charity partner Save the Children.

Festival director John Giddings said: “From the response we are getting it appears to have been our best year so far! Having sold out in advance was fantastic, the acts on the weekend all delivered, the audience really took the 50th anniversary gold-themed day to heart, and the weather certainly helped. Here’s to 2019!”

Isle of Wight Festival 2018 merchandise, which all sold out on site over the festival weekend, is now available to buy from the online store – head over to https://isleofwight.shopfirebrand.com/ for details.

The first Isle of Wight Festival in 1968 put the festival on the map as it then grew to become world-renowned for iconic performances from artists such as The Doors, The Who and Jimi Hendrix in his last ever UK show. The festival was successfully relaunched in 2002 to become one of the most exciting weekends of the summer, continuing to build on its proud heritage with show-stopping headliners such as Foo Fighters, The Rolling Stones, Paul McCartney, Jay-Z, Coldplay and Fleetwood Mac.